Costs can be classified as fixed or variable costs on the basis of their behavior to the change in level of production/activity.

Examples of variable costs include materials used in the production, wages etc.

The following example further clarifies the behavior of fixed and variable costs with change in volume of production. 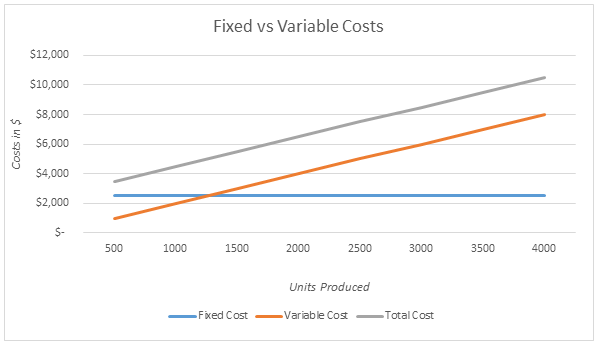 a = fixed component of the semi variable cost

x = number of units of output or the volume of activity

A telephone bill has two components;

Work out total cost and cost per minute of telephone usage for each month if 500, 1000 and 1500 minutes were used in the months of January, February and March respectively.